SLC full name is “Small Logic Controller”. The first SLC, Known simply as an SLC500, was an integrated platform containing the CPU, power supply, and IO all in one package. with 1K of memory and was used in small i/o application

SLC500: In 1991 Allen-Bradley released the first SLC500. This platform was physically smaller and less expensive than the PLC5, with a reduced instruction set nearly identical to the PLC-5.

The first rack-based SLC was the SLC5/01. This processor was used in a rack with power supply. The I/O cards also available in a rack.

The 5/02 and 5/03 platforms had DH485 (“Data Highway”) communications. The 5/03 was the first processor where logic could be edited online in real time without having to place the processor in program mode and download.

The 5/04 had even more memory and a faster communications platform called DH+ (“Data Highway Plus”).

The 5/05 had a serial port but also was the first to provide Ethernet communications.

The 5/01 and Fixed Controllers: Modular and Brick 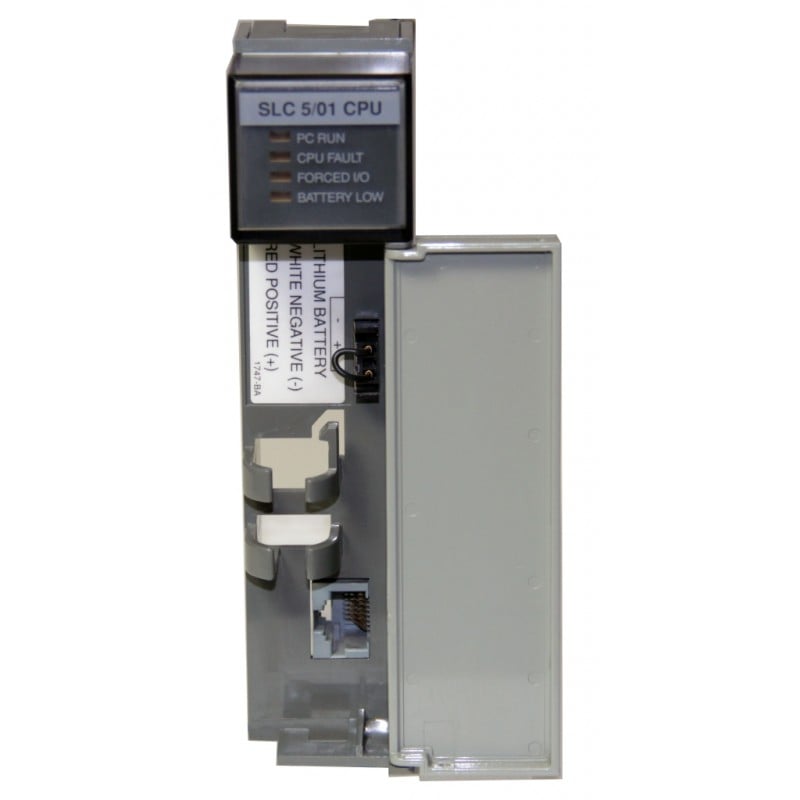 The first controller to come out for SLC-500 modular systems was the 5/01.

While the L514 used battery backed memory, the L511 had capacitor backed memory with the option to use a battery.

Both 5/01 models were said to be capable of controlling up to 3840 digital I/O points across a maximum of 3 I/O Chassis and 30 I/O Slots.

These processors had an average scan time of 8ms per 1K of program and supported 52 Ladder Logic instructions.

They both came with a DH-485 programming port that accepted an RJ45 style connector, a connector most readers today will associate with Ethernet cables.

Note: Please avoid plugging Ethernet device into SLC-500 DH-485 ports as it could damage your device and/or SLC.

As far as the Fixed SLC-500’s are concerned, they shared all the same specs as the 1747-L511, except each had a limited number of build-in I/O points and accepted a single two slot I/O expansion chassis. 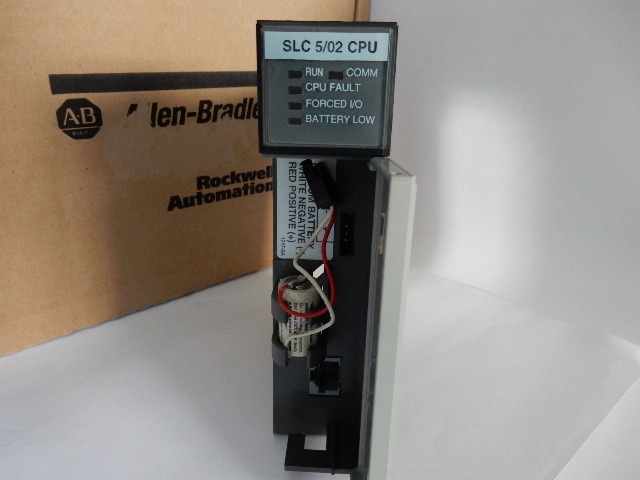 This processor was similar to the L514 as it had 4K of battery backed memory and a DH-485 communications port.

But it differed from the L514 in that it executed its programs much faster (4.8ms/K,) and could initiate DH-485 network messages as well as respond to them.

But the biggest new features of the 5/02 included it’s 19 additional ladder logic instructions, one of which was the first iteration of a SLC-500 PID instruction.

The 5/02 was also the first SLC-500 to support Indexed Addressing, Interrupts, User Fault Routines, and the ability to handle 32-bit signed math functions. 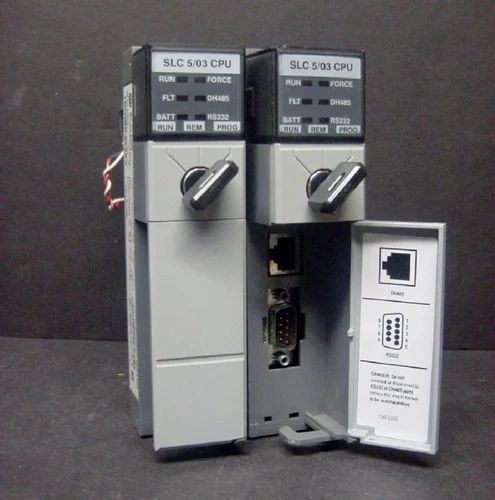 This was the first SLC-500 to incorporate many of the PLC-5’s features including Online Programming and Editing, as well as a Run Mode Switch on the face of the controller.

All three models had battery backed memory, and an average scan time of 1ms per 1K or program.

The 5/03’s were also the first SLC-500s to support upgrades through flash firmware, as well as new instructions like the CPT “Compute” instruction, and support for the Floating Point data type (i.e. F8:0.)

As the SLC-500 become more popular, many facilities wanted to add them to their existing Data Highway Plus networks (as opposed to building a second DH-485 network.)

Note: If you’re thinking that should be 56K and not 57.6K, you’re not alone! Many people get that DH+ baud rate mixed up with the fast 56K dial-up modems of the time 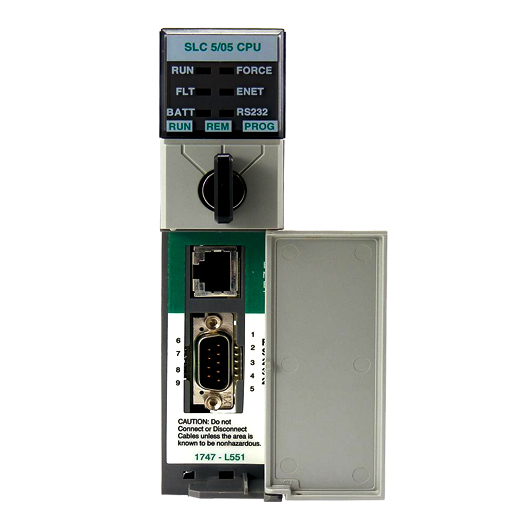 As Rockwell’s own documentation states, the SLC-5/05 provides identical functionality as the SLC-5/04, but with an Ethernet Port in place the DH+ port.

Initially the 5/05’s 10BaseT RJ45 Ethernet Port only supported 10Mbps, but with the release of the Series C hardware, Rockwell added 100 Mbps support as well.

Diagram of the SLCs from beginning to last. 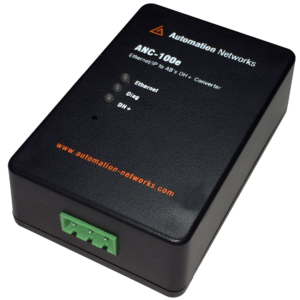 for more detailed information you can watch https://theautomationblog.com/data-highway-plus-to-ethernet/