You are here: Home1 / Forum&Talk2 / Difference between Allen-Bradley & Siemens PLCs

I am not an expert on the referenced product lines, but I think you are comparing apples to oranges, the S7 and PLC5 are different-generation controllers. The AB PLC5 should be compared to the Siemens S5. The Siemens S7 should compared to the AB SLC500 or ControlLogix.

I have no idea how this narrow contest came to be,
but the S7 – AB5 comparison doesn’t pass the smell test.

I suspect there is something that you are leaving
out of this question or your control manager is the owner’s nephew. Just about any PLC can control a handful of external processes in a quasi-concurrent manner. Or did you mean process in a multi-tasking OS sense ?

Scan-time is a function of processor speed, memory
access speed, and bus ( I/O communication ) speed. It would take one sharp cookie to read the specs, even at face value, for a couple of PLCs, and quantify which one of the two is really faster.

Then there is the problem of PLC design, compiled or interpreted, Ethernet/IP or OurBus-OurProtocol
communications, RLL or FBD, and so on.

I know, not a satifying answer, but that’s all I
can say.

Why are you using PLC5? I would be more inclined to a newer offering from A-B such as CLogix. S7 and PLC5 are generations apart.

The S7-400 is a super PLC with lots of process capabilities, especially when coupled to PCS-7. However, are you already a Siemens shop? If not then you have to teach all your technicians about OBs, WinCC, Step7, PCS-7 and so on. Plus, PCS-7 has a PCS-7 way of doing things that you are best to follow.

CLogix has an equally capable array of offerings that when coupled to RSBatch, RSView and so on would give you just as good a junior DCS as PCS-7.
If you are an A-B shop, then the leap to CLogix from PLC5 is quite manageable.

I see more of the costs and headaches with intangibles such as support (what time is it in Germany right now anyway?), licensing and so on rather than raw issues such as PLC scan time or the number of PLCs you should be using (independent processes should have their own PLC, don’t be cheap).

Automation Networks ANC Gateway Converter Series has various options interfacing to many factory networks including Allen-Bradley newer Ethernet/IP networks, older PLCs on DH+, and other manufactures such as SiemensProfibus. 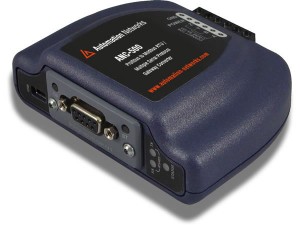 DH+ Application Considerations What Is a Programmable Logic Controller?
Scroll to top